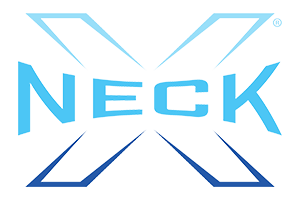 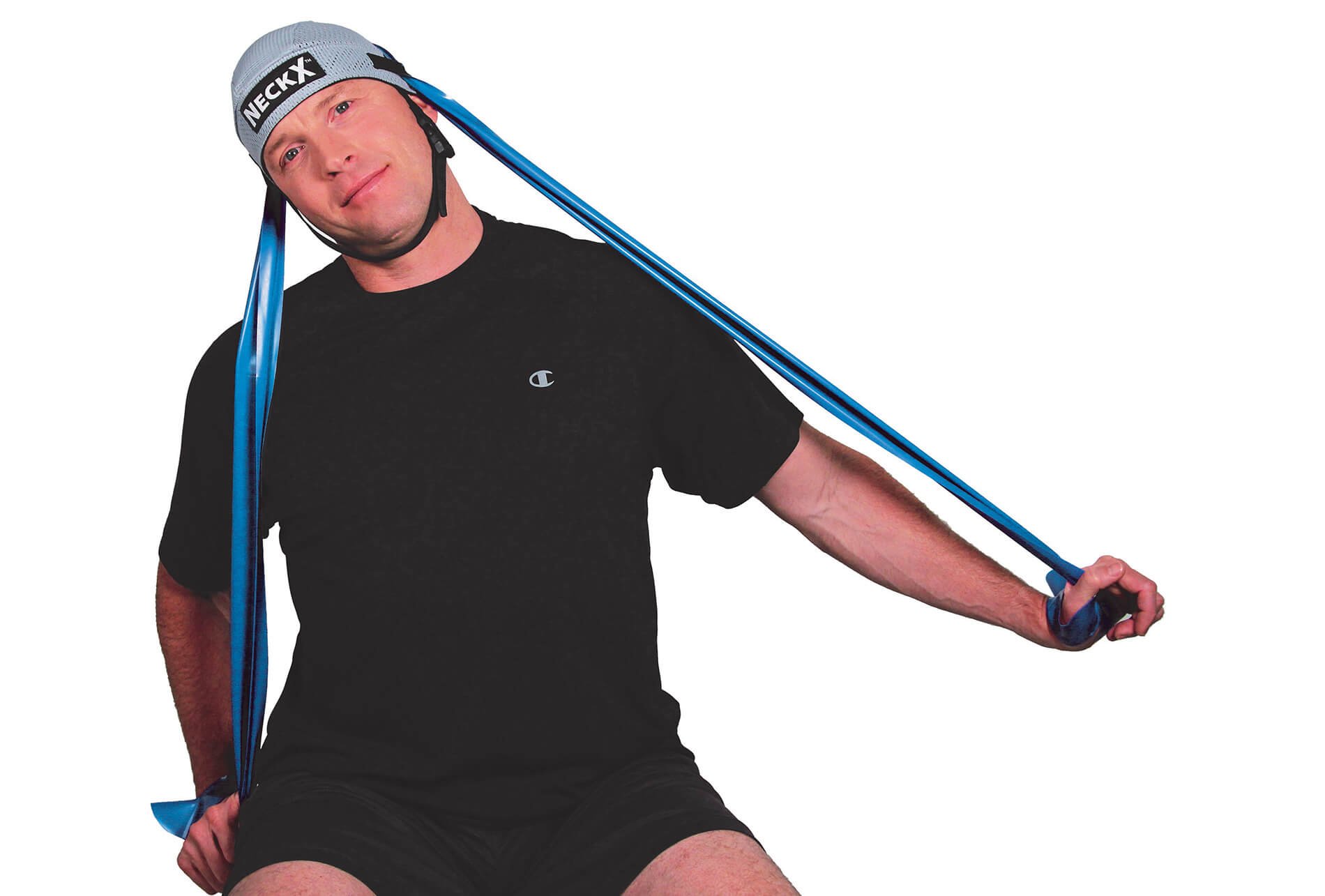 THE NECK X® STORY: HOW A TOOL DESIGNED FOR FIGHTER PILOTS IS ALSO BENEFITING ATHLETES

Much like how a soccer ball exerts an extreme amount of force on the neck when student-athletes head the ball, fighter pilots endure extreme forces on their necks throughout the duration of their time in the sky.

As much as 90% of fighter pilots suffer long-term negative consequences in their necks. That’s why Monty Thompson and Patrick Houlahan developed the NECK X® with a goal of helping other fighter pilots have a better chance of life without pain during and after retiring from flying.

As a former United States Air Force flight surgeon, Dr. Bryan Anderson saw injuries such as cervical strains and muscle spasms in many fighter pilots. NECK X® helps fighter pilots by allowing them to build up muscle and flexibility in all directions — imperative because they need a full range of motion and stability at every angle while undergoing a G-force of up to nine g.

Now that NECK X® has been a success with fighter pilots as well as helicopter pilots, the founders are branching out into sports. After seeing the results fighter pilots have had with NECK X®, Dr. Anderson, an orthopedic resident, also believes it will be highly beneficial to any athlete.

NECK X® MOVES INTO THE WORLD OF SPORTS

Both Thompson and Houlahan are former competitive athletes and remember what neck strength training is like — maybe two neck machines sit in the weight room waiting for hundreds of student-athletes to take turns using them. The neck weight machines are pricey and don’t strengthen in every direction. It also takes a substantial amount of time for a football team of around 150 athletes to complete workouts on those couple neck machines.

Additionally, Dr. Anderson suggests that most athletes are not properly working out their necks and the fine musculature surrounding the cervical spine when in the gym, even with the use of the traditional neck machine. NECK X® can bridge that gap to help prevent injuries.

HOW DOES NECK X® WORK?

NECK X® stretches and strengthens the neck in every possible direction, utilizing several band strengths to increase the intensity over time. With the cap on their head and appropriate band attached, each student-athlete begins a series of stretches that can be done concentrically, eccentrically or isometrically.

Since NECK X® is able to move wherever the neck moves, it can target areas that are stiffer or where there is a knot to work in that area especially. Many of the athletic programs successfully using NECK X® are spending time together as a team warming up and cooling down their necks. It also works the core and improves posture while improving neck function, Strength, Flexibility, Range of Motion and Endurance; these are the 4 Pillars of great posture.

Unlike a weight room neck machine, NECK X® fits well in a gym bag or carry-on and can be used anywhere. Thompson suggests each team set up a buddy system for its use if a whole-team NECK X® workout can’t fit into regular practice. In partners, student-athletes should always keep proper technique in mind and pay attention to spine neutrality. A mirror can help. 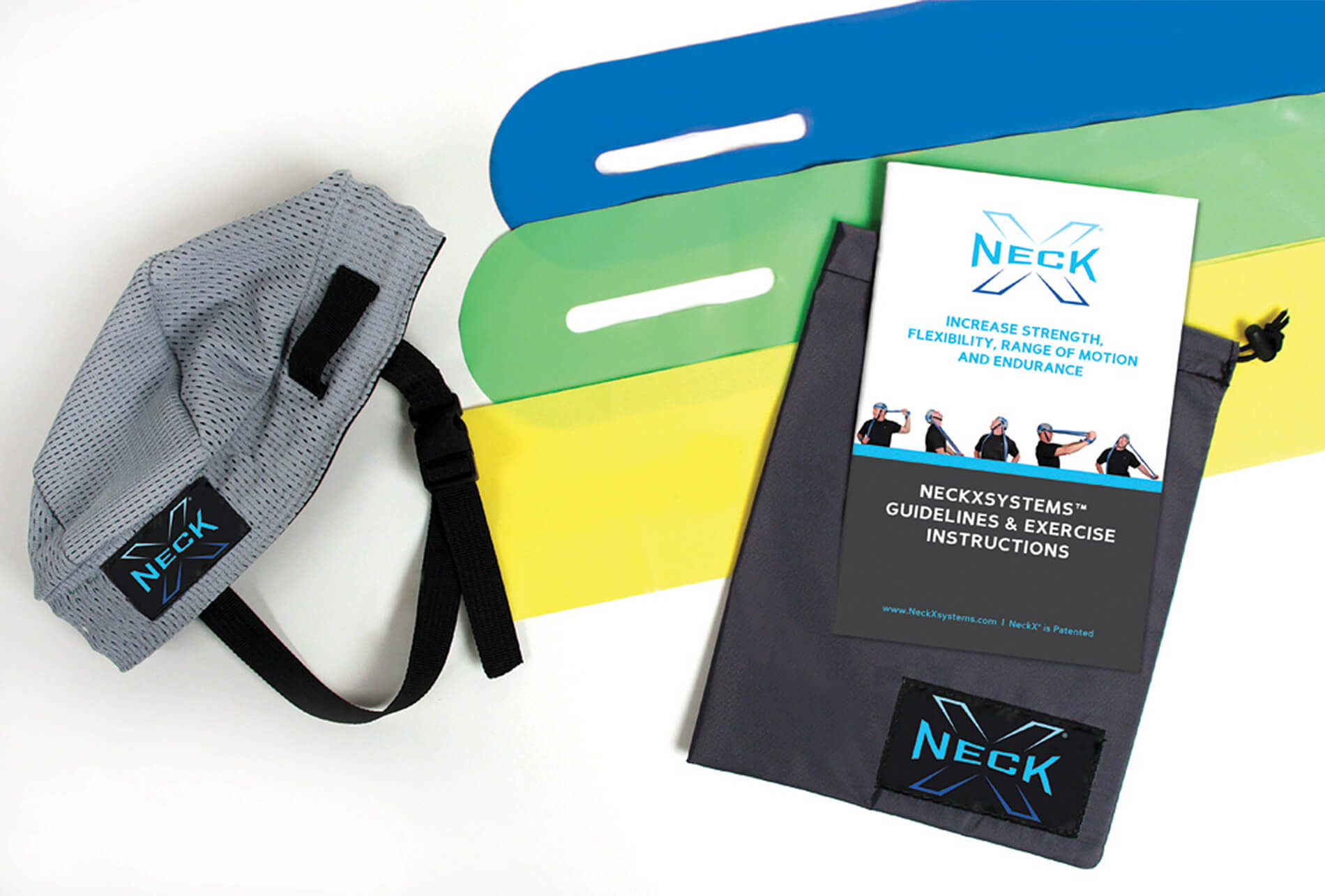 For sports such as soccer, wrestling, rugby, pole vaulting and high jumping, positions like wide receiver in football and many other sports, neck machines won’t provide the flexible strength needed.

“As a wide receiver, if I am turning back over and looking over my shoulder and trying to get more visual on the ball, and if I get tagged and hit hard, I have no training. When you stretch NECK X® in full range of motion and strengthen 180 degrees, you’re doing resistance. And as you do it, you control all that strength, building it through full range of motion,” Thompson said.

Dr. Anderson noted that there are prospective medical studies for NECK X®. “The studies will evaluate the NECK X®’s ability to reduce neck pain and increase neck range of motion and strength. One is in U.S. military — with United States Air Force fighter pilots. Another is in civilian population — to test its ability to increase strength and range of motion in healthy individuals,” Dr. Anderson said. The study results may allow NECK X® to be used as a treatment for patients with neck injuries as well as for healthy individuals.

To learn more about NECK X® and to get started strengthening your student-athletes’ necks the right way, visit neckxsystems.com or call (800) 484-1534.

NeckX® is a light weight, portable device that allows the user to quickly change from targeting one muscle group to the next.

NeckXMarch 18th, 2022|Comments Off on Chronic Neck Pain in Women

A Device That Delivers Results While Keeping You Safe

semFebruary 22nd, 2021|Comments Off on A Device That Delivers Results While Keeping You Safe